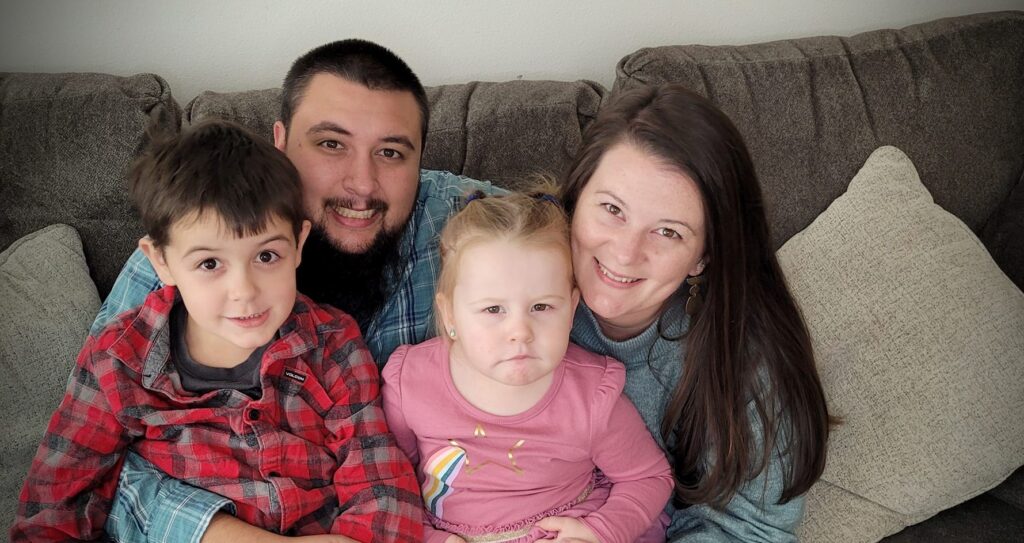 Josh and Michelle met in San Dimas, California while attending a Foursquare Discipleship program, Ignite. They continued their college education together in Christiansburg, VA. While in their third year of college they got engaged and were married. Upon finishing college they were hired on as the Youth Pastors at Belmont Foursquare Church, where they continued over four years of ministry. They spent a year in GA with family before moving to WA where they spent two years at Spirit and Truth until they became the Lead Pastors. They have two children Si (6 yrs old) and Iris (2 yrs old).

Josh grew up at Spirit and Truth Foursquare Church and at 18 moved away for 9 years. He has a BA in Leadership and Ministry and is finishing a Master of Education degree. He is currently a part-time kindergarten teacher. Josh absolutely loves scripture, learning and teaching.

Michelle grew up at Living Way Foursquare Church in Adairsville, GA.  She has a BA in Psychology and a Masters in Pastoral Counseling. She is currently a full-time kindergarten teacher. She loves ministering to the church and the elementary school where she teaches. She views teaching as an opportunity to not only display the love of God to her co-workers and students, but the adults who directly affect their lives.

Due to Connie’s father’s military career, she moved frequently and has lived all over the world.  Friends invited her to church from time to time and in one season, she lived near her grandmother, whose neighbor ran a “Good Neighbor Club” where Biblical truths finally started to make sense.  The seeds planted during this season, began to grow and in her early 20’s she and some friends began “church shopping.”  They found a Foursquare church to join, and she married her husband, Dave, shortly after this.  A few years later, she had a dream about her family swimming in a river towards some unknown “important” thing, her son was exhausted so the family climbed onto the river bank.  In the dream, she told Dave that whatever they were swimming for wasn’t worth their son’s life- suddenly she had a revelation that Christ was the only thing worth living for and that needed to be her focus.

Connie’s ministry passion is for women to be free to use their gifts and talents for God.  She enjoys being a part of equipping them to serve their families, friends, and their communities.

As an “outdoors” gal- Connie has competed in Triathlons, gone parachuting, river rafting, and had other adrenaline pumping adventures.  She also loves to learn, study and read.

Our mission is to seek Truth, walk by the
Spirit and to Love.

Sunday Service at 9:30am PST